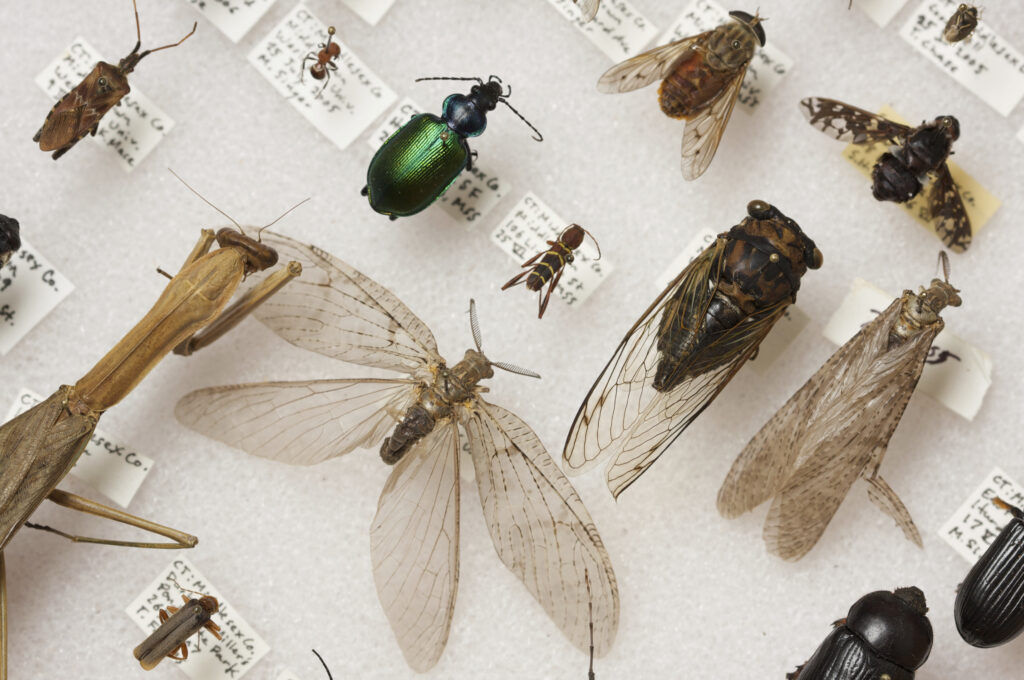 Figure 1. Collections teach you about the diversity of insects and what they do in the world.

Creating your own insect collection gives you a chance to learn about the wide and wonderful world of insects. A collection preserves insects and helps you to identify them, recognize body parts and learn how they live their lives, Figure 1.

Insects are all around us — on land, in the air, in the ground and in the water. Collecting insects can be as simple as capturing insects and putting them inside a gallon zip-lock baggie. Find the best collecting methods and tools that work for you. Here are a few ideas to get you started:

Put the insects in the freezer to kill them in preparation for pinning. You can also make a “killing jar” to catch and kill insects. While the name is a little scary, killing jars are a tool that entomologists use to kill insects without damaging them. 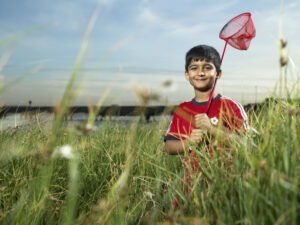 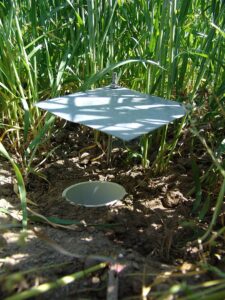 Figure 3. Pitfall traps collect insects that crawl on the ground or live in the soil.

STEP 2: Mix plaster of paris according to the labeled instructions and pour the mixture to a depth of about 1 inch into the jar, Figure 4. The plaster of paris is used to absorb ethyl acetate or acetone.

STEP 4: Label the jar with the word “poison” 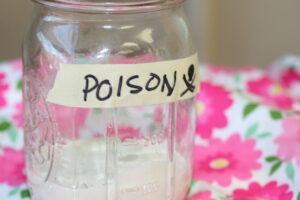 Figure 4. The chemicals in a killing jar can be harmful. Only use with adult supervision.

STEP 1: You can catch insects directly in the killing jar, or you can capture them another way and place them in the jar. Other ways of collecting insects include nets, additional jars, plastic baggies, or even your hands (use caution with stinging and biting insects!).

STEP 2: Only put similar insects together. Bigger insects like beetles can bang around and damage small, delicate insects like flies.

STEP 3: Keep a separate jar for moths and butterflies. They have delicate scales that can also be easily destroyed.

STEP 4: Keep the killing jar closed whenever possible. Fumes from ethyl acetate won’t kill you, but you should still be careful.

STEP 5: Absorbent paper like tissue or chem-wipes can help keep the jar dry.

STEP 6: Killing jars need to be “recharged” before each collecting trip. You can do this by adding a couple of drops of ethyl acetate to the plaster of paris.

STEP 1: Look at Figure 5 and find the insect that looks most like the one you have collected. Look at the dot on the insect’s thorax and be sure to place your entomological pin through your insect in the same place. 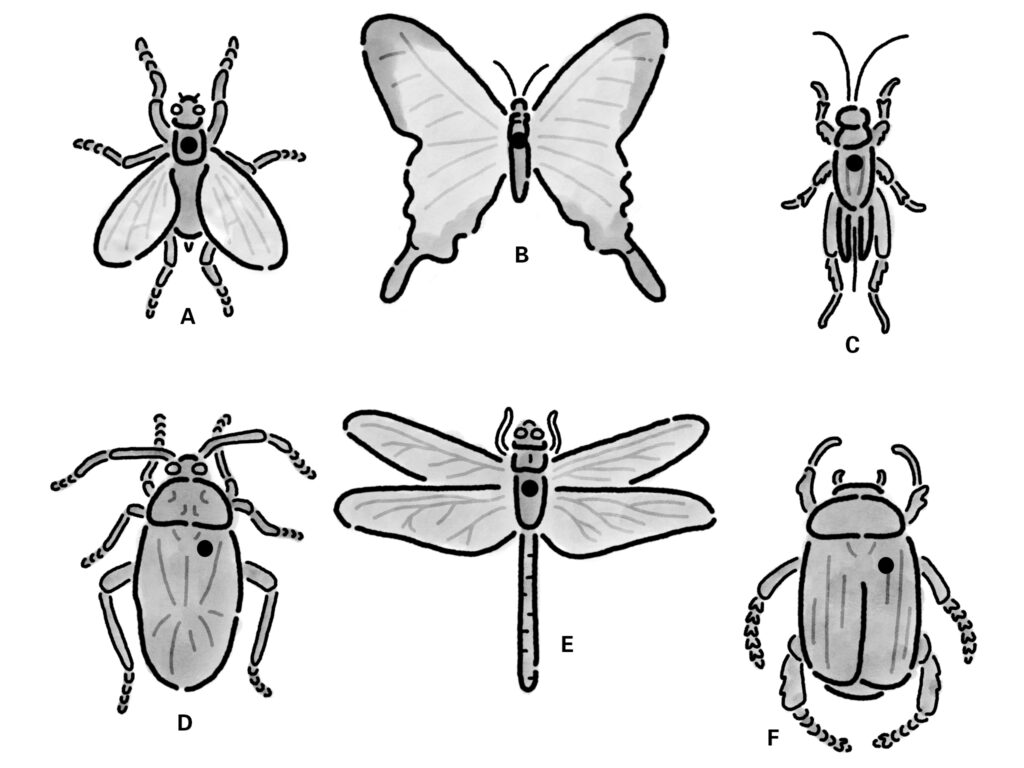 Figure 5. The placement of the insect pin into the thorax is slightly different depending on the insect order.

STEP 2: Many adult insects may be pinned directly through the middle of the thorax. 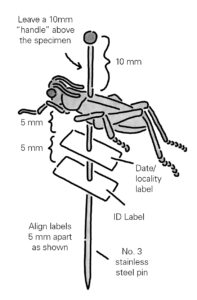 Figure 6. Leave space at the top of the pin so you can easily handle your pinned insect.

STEP 5: Insects can be damaged or broken easily. Be gentle as you pin your insect and remember that once they are fully dry, they are very fragile.

STEP 6: Fragile or tiny insects (such as mosquitoes) that are too small for a pin will need to be glued to the point of a small triangle punch-out that has already been stuck through with a pin, Figure 8. 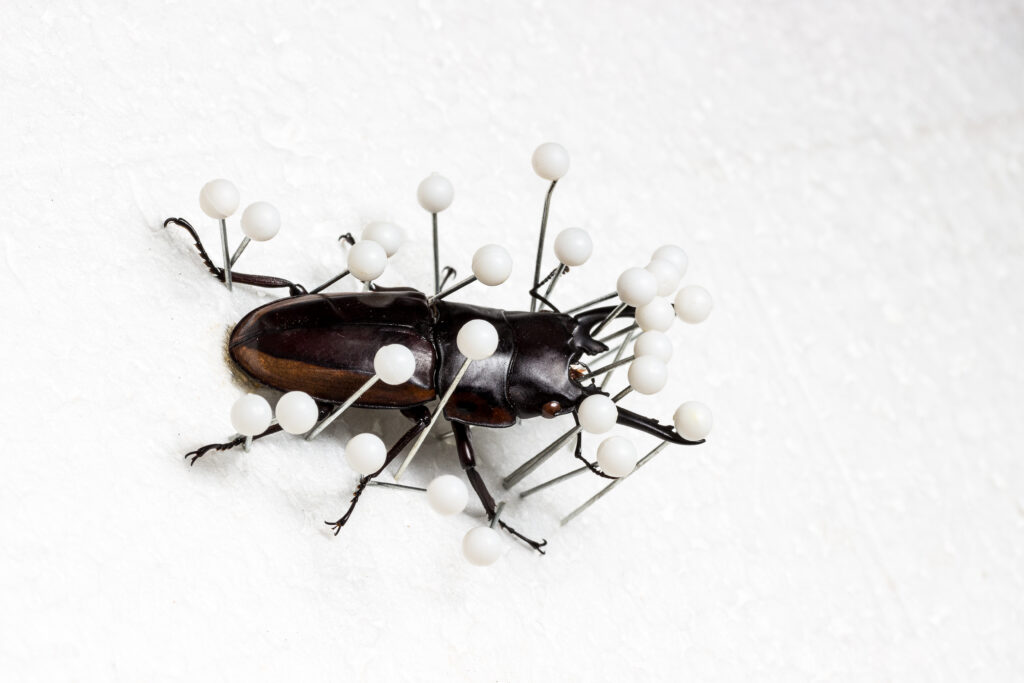 Figure 7. Use insect pins to arrange the legs, antennae, and other body parts to look realistic. 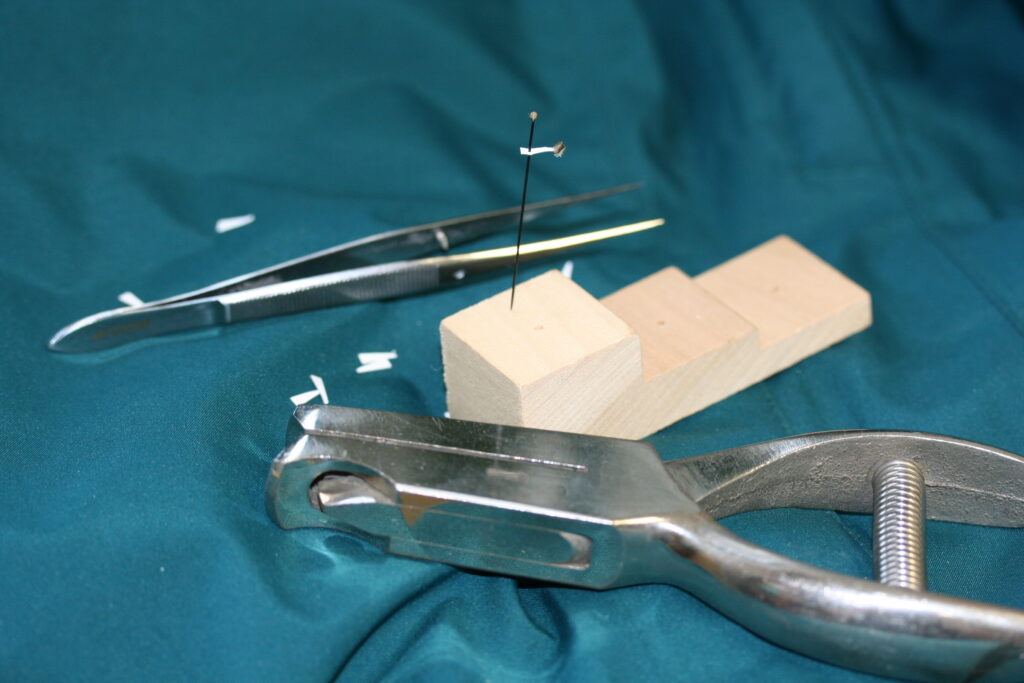 Figure 8. A triangle punch cuts small triangles on which tiny insects can be glued.

STEP 7: Soft-bodied insects and larvae are not pinned but are preserved in vials with alcohol.

Moths and butterflies look better and are easier to identify if their wings are spread properly. You can use a spreading board to do this, Figure 9. Adjustable spreading boards are available from a biological supply house, or you can make one from styrofoam blocks. 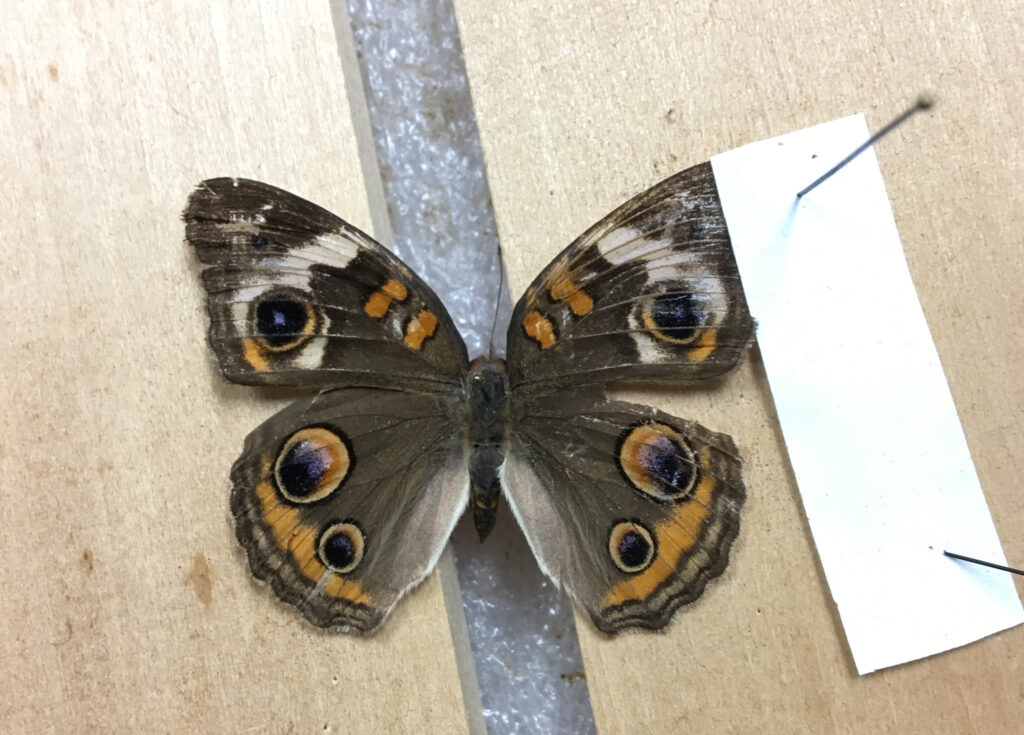 Figure 9. Spreading wings helps with butterfly identification. Use a spreading board for ease of pinning.

STEP 1: Put an insect pin through the center of the thorax of a freshly killed butterfly. If the insect has dried, use a relaxing jar to soften it. Leave 1/4 inch of the pin exposed above the thorax. Make sure the insect does not tip from side to side or from front to back on the pin.

STEP 2: Push the pin straight down in the center of the slot of your pinning board until the outstretched wings are just level with the surface of the pinning board.

STEP 3: Insert an insect pin lightly in each front wing near the front margin and just behind one of the heavy wing veins. Use the tip of a pin to gently move the front wings forward on the spreading board until the hind margins of the front wings are in a straight line, pointing straight out away from the body.

STEP 4: With a pin placed behind a heavy vein in the hind wing, gently move each hind wing until the gap between the front wing and hind wing is closed to just a notch.

STEP 5: Cut some narrow strips of paper and lay them over the wings. Pin them in place as shown. Remove the other pins that are through the wings. The pins holding the paper strips in place should not go through the wings but should be close to them to hold down the wings and prevent them from slipping out of place. The specimen should remain on the board to dry from four to 10 days. 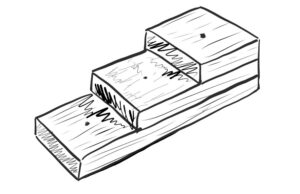 Figure 11. Use a pinning block to evenly space your labels.

STEP 1: Put the point of the pin bearing a freshly pinned insect into the deepest hole of the pinning block. Push the insect upward on the pin until the insect is in contact with the block.

STEP 2: Put the top-most label on the pin (see labeling). Then put the point of the pin in the next deepest hole. Repeat for the next label.

STEP 1: To preserve caterpillars, grubs, and maggots, first put them in boiling water for 1 to 2 minutes.

STEP 2: After boiling, immediately place them in vials of 70 to 80 percent ethyl or isopropyl alcohol solution, Figure 12. Boiling soft-bodied insects can keep them from decaying. After a day or two, if the liquid becomes murky, transfer the specimens permanently to a fresh alcohol solution. 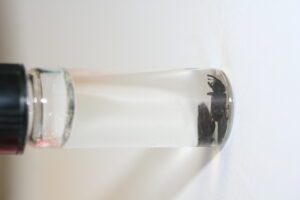 Preserve soft-bodied insects in a vial of alcohol.

STEP 3: Specimens in vials must be labeled exactly as described for pinned specimens (see the “Specimen Labeling” section below), with two exceptions. Labels should be written with a soft-lead pencil or with India ink to prevent the writing from running. Use a single label for all the information and include within the vial. Longer labels may be cut, and information can be ordered from the top toward the bottom of the label.

All specimens should be labeled with the location where they were found and date of their capture. A good label also tells specifically where (in a meadow, garden, forest), when (time of day), and by whom the insect was collected, Figure 13. 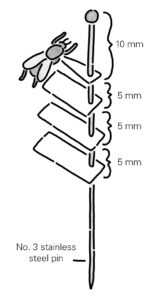 Use labels to share important information about your insect like where it was found, what kind of insect it is and who collected it.

STEP 1: Labels should be made from cardstock (or heavy paper) and reasonably small (no larger than ½-inch wide by 1-inch long).

STEP 2: Start by pinning the insect. Leave ⅜ inches (10mm) between the top of the insect and the head of the pin so there is enough room to handle the specimen.

STEP 3: Leave ¼ inch (5mm) between labels when possible. You may want to use a pinning block.

STEP 4: Then pin a label with the date, location, and collector name.

STEP 5: The last label includes all the identification information that you know, Figure 14. 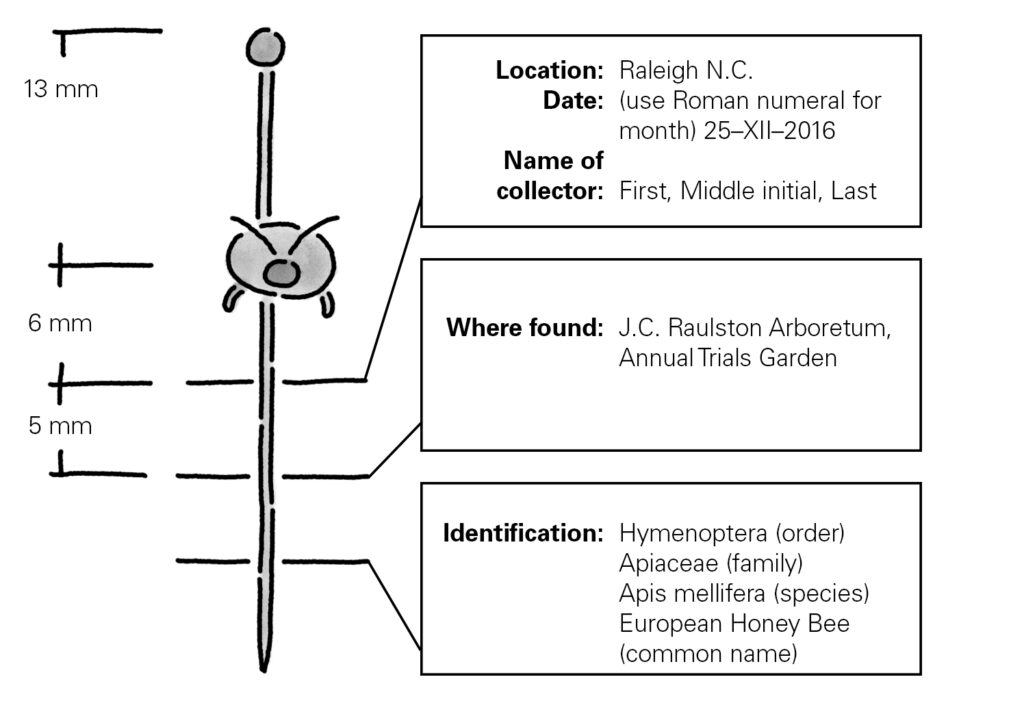 This label gives an example of identification information and location, date and collector.

OPTIONAL: Next pin the host information label. This label is optional and includes information such as what plant the insect was eating when collected, or if it was found around a window or porch light.

STEP 1: Insect specimens should be arranged within families with a label in the box identifying the family.

STEP 2: Families should be grouped by order with a single label for the order. This minimizes the number of labels you must prepare.

STEP 3: Specimens should be arranged in neat rows with all labels facing the same direction so they are readable from the left side of the box. 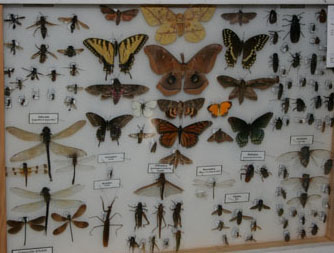 Arrange your insects by order and group specimens together by family.

The classification of living organisms is based on a scheme that groups similar organisms together. Each group, in turn, is made up of smaller groups that share even more characteristics. The largest group, to which all animals belong, is the Kingdom Animalia. It is divided into increasingly smaller groups down to the level of species, which describes a single, particular organism. From largest to smallest, these groups are Kingdom > Phylum > Class > Order > Family > Genus > Species.

Insects are invertebrates with three pairs of legs, a three-part body (head, thorax and abdomen), compound eyes and one pair of antennae. Insects are the most diverse group of animals; they include more than a million found species and represent more than half of all known living organisms. The classification of the painted lady butterfly is: Kingdom Animalia > Phylum Arthopoda > Class Insecta > Order Lepidoptera > Family Nymphalidae > Genus Vanessa > Species cardui. 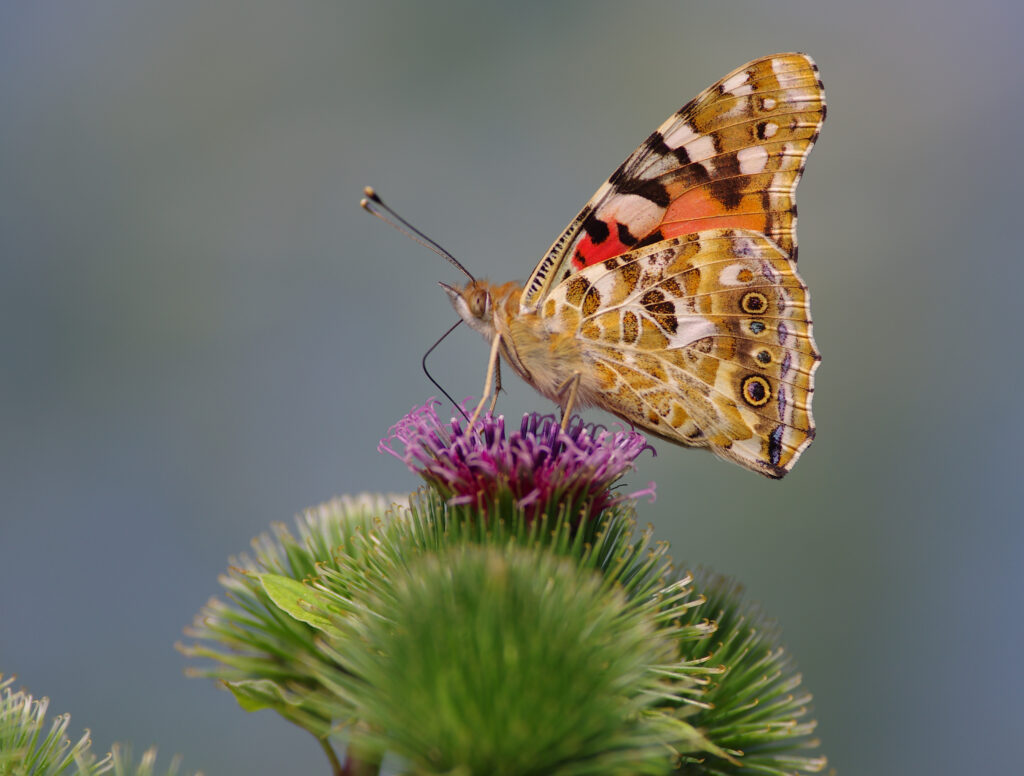 The painted lady butterfly belongs to the Nymphalidae family.

The first step in identifying an insect is to recognize the order to which it belongs. With a little study, you should be able to identify the order of nearly all insects by looking at their mouthparts, wings and other body parts. With even more study, you will be able to assign an insect to an even more precise group. Learning to classify insects will help you organize your knowledge. When you know an insect’s proper scientific name (genus and species) you will be able to look up more information about it.

STEP 1: Using field guides or insect websites, narrow down your insect to a major order.

STEP 2: Within each order, there are usually several families. Try to use photos and written descriptive characteristics to further find the family to which your specimen belongs. Some characteristics might include number of wings, shape and size of wings, body size and shape, mouthparts and even antenna differences.

STEP 3: After family, try to determine the genus and species. This can be challenging, but the more you practice and find resources to help you, it will become easier.